GIT integration has been built in ZenTao 5.0+, related tasks, bugs and code so to be convenient for users to check. The followings is about how to integrate Git in ZenTao.

The basic mechanism of Git integration is to analyze comments of code submission =>get related stories, tasks and bugIDs => write it to the database of ZenTao.

There are two ways todo what have been mentioned above. One is the hook built in Git. When the code is submitted, the hook scripts will be triggered. Then it will analyze comments and obtain bugs, stories or task IDs. Then write revelant records into the database by calling API in ZenTao. The other way is log commands on Git. With the commands, you can get all the submitted records and then generate IDs through analysis. Finally, write them into the database.


2. Deploy git command-line client on the machine installed with ZenTao

GIT command-line client refers to Git commands built in Git. It is git.exe in Windows and git in Linux.
The machine installed ZenTao can be separated from that of subversion. They don’t have to be installed in the same machine.


You have to install Git for machines of linux system; Git for rhel and centos with yum and apt-get install for Debian.

The Configuration file of Git is saved in zentao/module/git/config.php. You can modify this file and it is recommended that the modified version be saved in git/ext/config/git.php. In this way, future update will not override the configuration file.

As for setting subversion parameters, there are concepts involed as follows.


Now let’s see specific examples
3.2.1 Find the location in a red box in the image below. 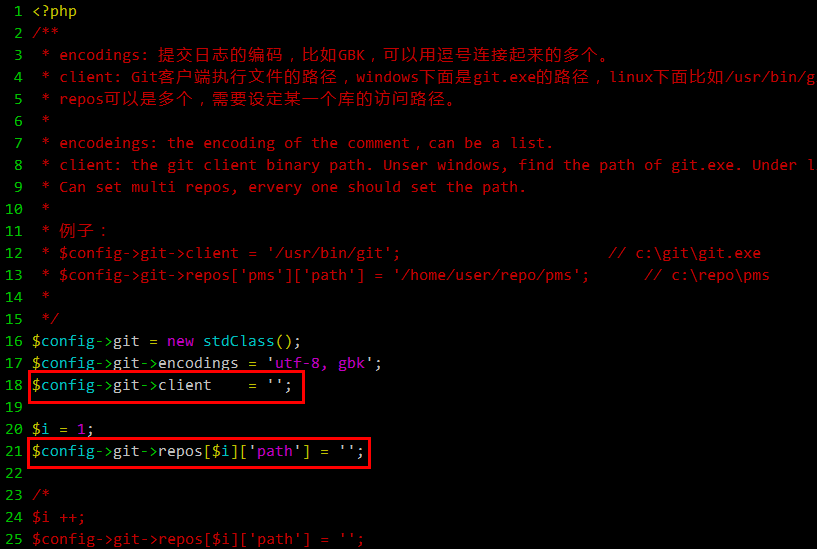 3.3 Set multiple repos
3.3.1 As in the case above, you can find the following codes in the same file.

Bugs, stories and tasks must be labeled.


5.1 Refer to Chapter 8.1.1  Intialize Scripts to initialize all the scripts of the command line.
5.2 Enter the directory of zentao/bin/ and execute syncgit.bat or syncgit.sh.


5.3 The screenshot of executing the scripts. 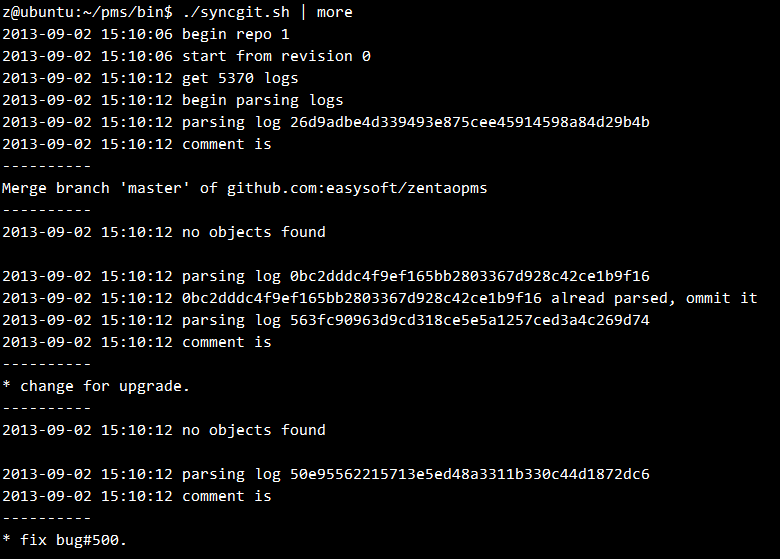